In our farm every cabbage-head has been kindly touched by human hands at least six times. Cabbage is carried on loving hands in Dimdiņi, and the final result is truly delicious! 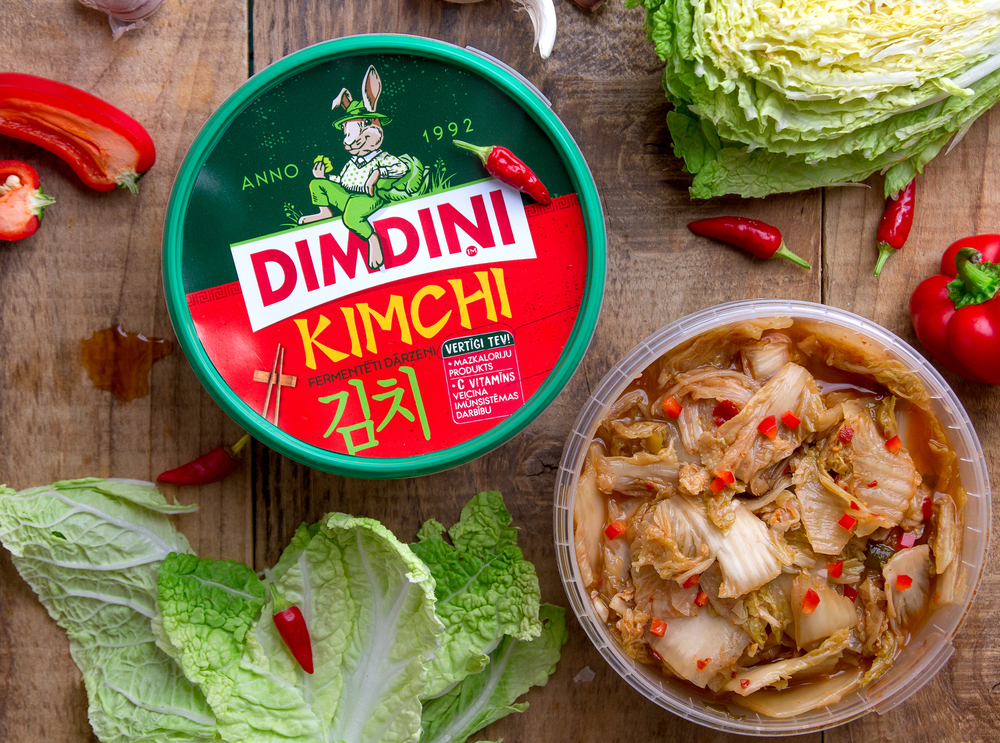 We know that only by taking care of what we have we can retain the best and create new things.
We, at Dimdiņi, combine respect for traditions and modern viewpoint to create clean, healthy, and tasty food.

Maybe, there are easier ways how to cultivate land, grow vegetables and harvest, but we believe that only acting responsibly we can ensure continuously high quality.
Maybe, it is easier to think of food simpler, but we believe that the food we eat has a great impact, therefore, we work hard to retain the most valuable things from every vegetable.

Maybe, it is easier to work as usual, but we believe that every generation and period of time have their own tastes, therefore, we put all efforts to follow global trends to offer our customers the things that comply with today’s needs.
Maybe, it is easier to use ready-made food, but we believe that you like to cook and products of Dimdiņi can inspire you for a tasty meal.
Live with taste!

“Dimdiņi” Ltd. is one of the biggest vegetable growing and processing companies in the Baltic countries. It specializes in growing cabbage since 1992. Head cabbage, Chinese cabbage and cauliflower fields are grown in the area of approximately 150 hectares. The self grown cabbages are processed, making sauerkraut, stewed sauerkraut, and marinated cabbage salad. By developing our range of products and export, the company “Dimdiņi” offers its clients also a variety of vegetable salads: beets with mayonnaise, steamed beets, cauliflower salad, Korean salad, etc., as well as cooked beans and peas. The company is undergoing constant evolution, and therefore the development of new products is on our daily agenda in order to offer to the purchasers more and more new products from Dimdiņi.
The company has been carrying out research and selection of the most distinguished cabbage varieties since 1992. The experience gained during those years guarantee the best quality to the whole cycle – from seeds to the final processed product, providing full traceability, as evidenced by the international GLOBAL GAP certificate and the BRC (Global Standard for Food Safety) certificate obtained in 2015.
Our cabbage is grown according to an integrated production method. The entire production process takes place in accordance with the HACCP and BRC quality standards. The company grows and processes organically certified products as well.
The company's mission is to produce natural, healthy and most nutritious food!
Most of our products have been awarded the quality label “A Natural product” with the respective sign on the packaging.
The Dimdiņi brand is well recognized and popular not only in Latvia, but also outside its borders. 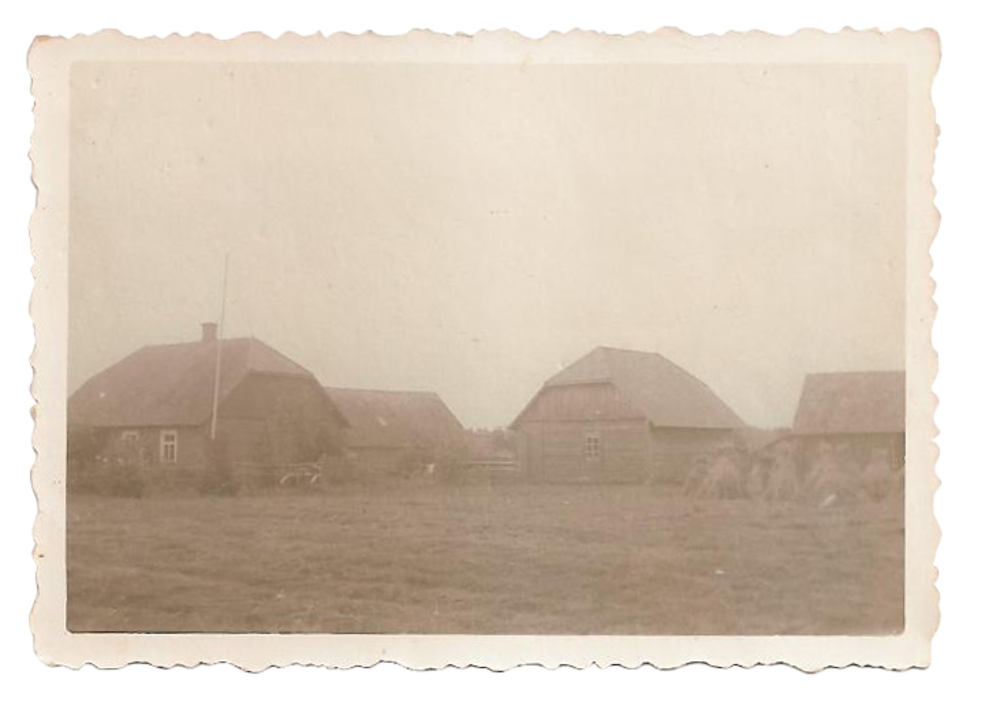 The “Dimdiņi” agricultural farm was founded in this place in 1926, when, during the 1920s, the newly formed, independent state of Latvia allocated to people land with redemption rights for the establishment of private farms.
That was how Jānis Lūsis, his wife Anna and their daughter Erna became the owners of a piece of land of 16.16 hectares in the Lizums civil parish of the Gulbene District. They established a farm there and gave it the name “Dimdiņi”, meaning “the loud” or “the resounding ones”. A living house and outhouses were built in the middle of a totally empty, flat field. In the early days, they were engaged in grain cultivation, cattle breeding and fruit growing. Jānis Lūsis was a passionate tree lover, so from the very first day different types of trees were planted there, and they continue to please the Dimdiņi people today. The living house and the outhouse built by the Lūsis family have also survived till nowadays.
During the Soviet period, everything was nationalized, but in the beginning of the 1990-ies, when Latvia regained independence, Erna Lūse-Jančevska, the daughter of Jānis and Anna Lūsis, recovered her parent’s property as the sole heir. Her heart's desire and fervour were very patriotic, and she remembered with great satisfaction how successfully her family had managed the farm “Dimdiņi”. Her father had caressed every ear of rye when walking around the rye fields, therefore Erna eagerly wished that the private farm, being regained with so much effort, might be restored and might successfully develop in the free Latvia again.
The current owners of Dimdiņi – the Audzišs family – inherited the farm after taking care of the elderly lady.
The Dimdiņi farm experienced its second foundation in 1992 as a vegetable growing company, managed by the young and certificated agronomists and gardeners Audzišs. As to the cabbage growing business skills, they have inherited them from Iveta Stalidzāne’s parents Maruta and Jāzeps Stalidzāns, who were growing cabbage during Soviet times in the Līvbērze civil parish of the Jelgava district as an additional source of income. The favourite recipe of stewed “Dimdiņkāposti” was a popular delicacy on the family table already then, and the recipe was passed over to the young ones.
The family received another heritage from Normand’s mother and father - Irēna and Imants Audzišs, who passed over to their son their professional experience and knowledge of production of the candy “Gotiņa” or “the little cow”, so popular in Latvia, which served in 1998 as the basis for a the idea to buy the “Gotiņa” candy production workshop in Lizums.
Gradually more and more land next to Dimdiņi was purchased, and at present already 200 hectares of land are managed, where head cabbage, Chinese cabbage and cauliflower are grown. From the very first day, the owners of the farm were engaged also in sauerkraut production. They were the pioneers in Latvia of prepacking their product in plastic buckets, having gained popularity and the buyers’ acknowledgement. In 2008 a high-capacity production line was introduced that allows to prepack all kinds of products in comfortable and modern sachets.
The name of the label “DIMDIŅKĀPOSTI” was first heard “from the mouth of ordinary people”, when a purchaser exclaimed one day: “I see, the “resounding” cabbage has appeared on the stall!”
The year 2012 opened a new chapter in the history of the “Dimdiņi” Ltd., when the next generation of the Audzišs family - Sintija, Rinalds and Oskars Brediks joined the business. They brought a huge reinforcement, advanced ideas and a new way of thinking, which continue to develop the vision of the family business. 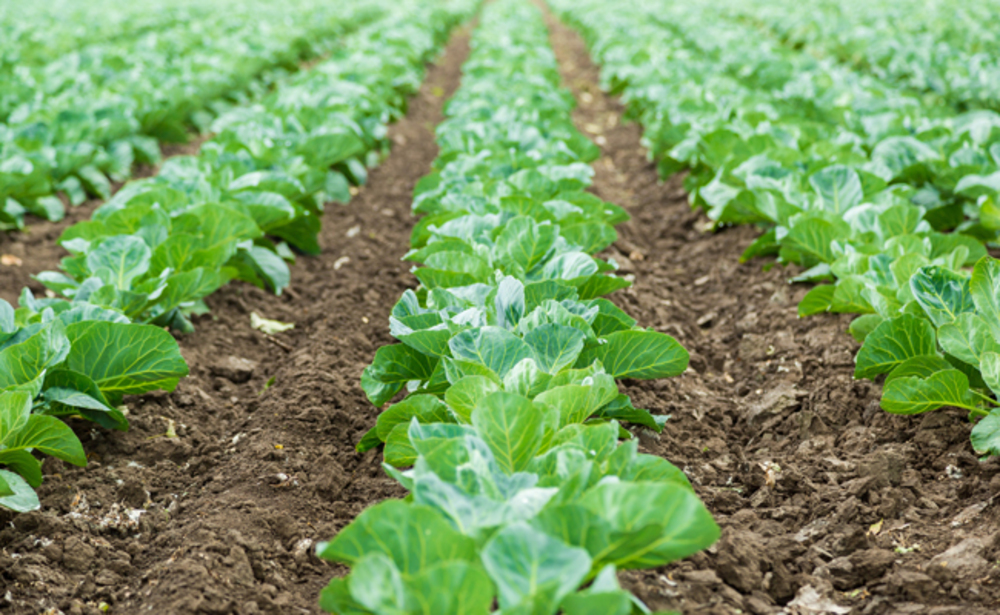 “We are grateful for this place, our brand name and the best wishes given to us by Aunt Erna. The patriotic force, national pride and love of work and people were her main values. Aunt Erna and our parents have helped us, being young newcomers, full of enthusiasm, to understand the value of this land and the satisfaction it provides. We would like to express gratitude to our parents, who have been with us from the first days of our new business and who have taught us the skills both in cabbage growing and “Gotiņa” candy production. From them we gain and learn their incredibly great strength and endurance at work!”
Iveta Stalidzāne and Normunds Audzišs
Tel: Tel: +371 64471317
E-mail: info@dimdini.lv